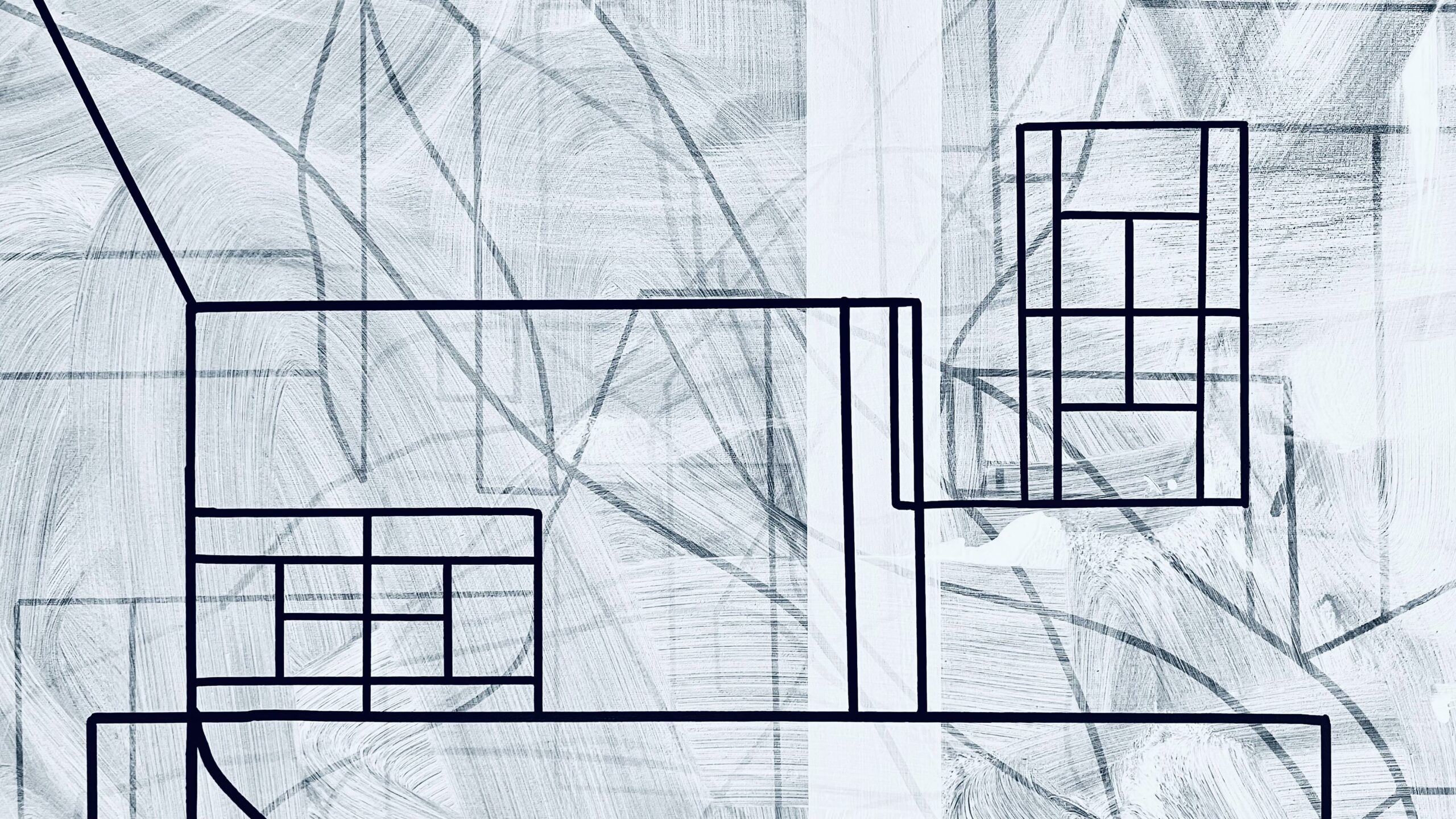 Tennis played an important role in Ajina’s life from early childhood on and informed his relationship to lines and surfaces.

»It sounds surprising, but for many reasons my tennis and my art are linked together. I play like I draw, and vice versa, but always with and against myself. Tennis and my work are about precision and distance, being a tennis player, you obviously have a deep connection to geometry, distance and rhythm. The way I develop my drawings is similar to a kind of strategy of lines, connected to limits, zones, borders.« 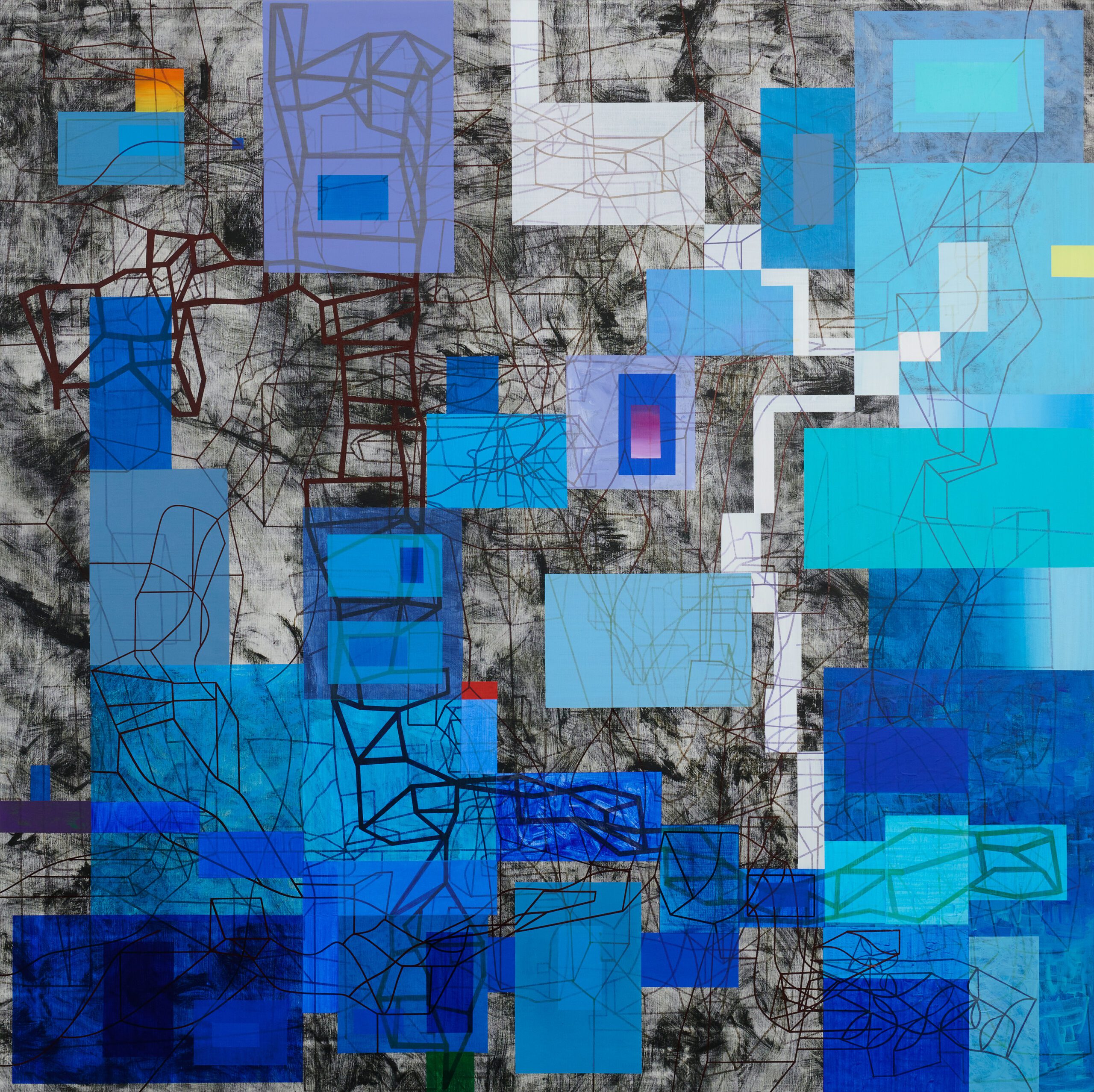 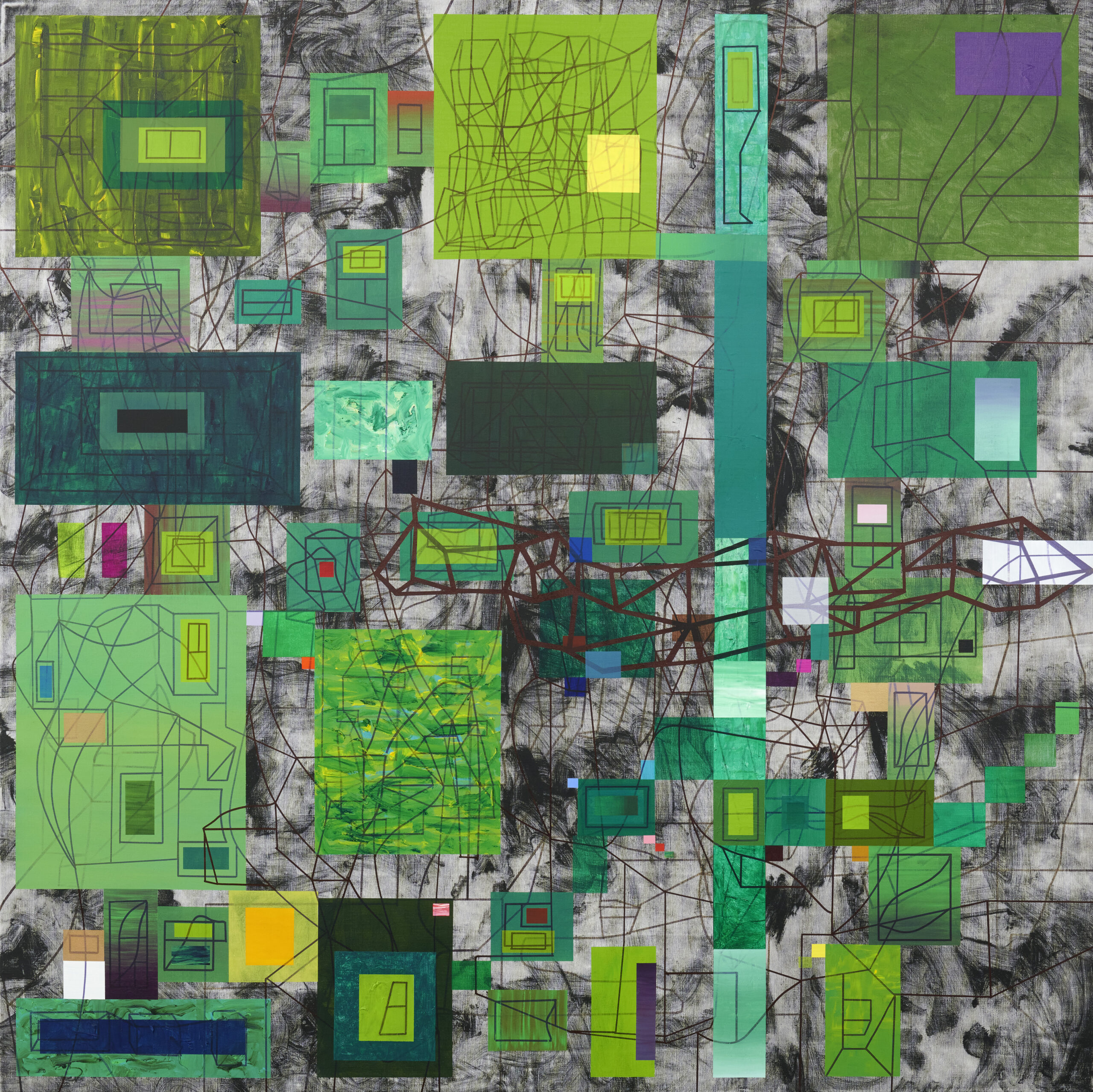 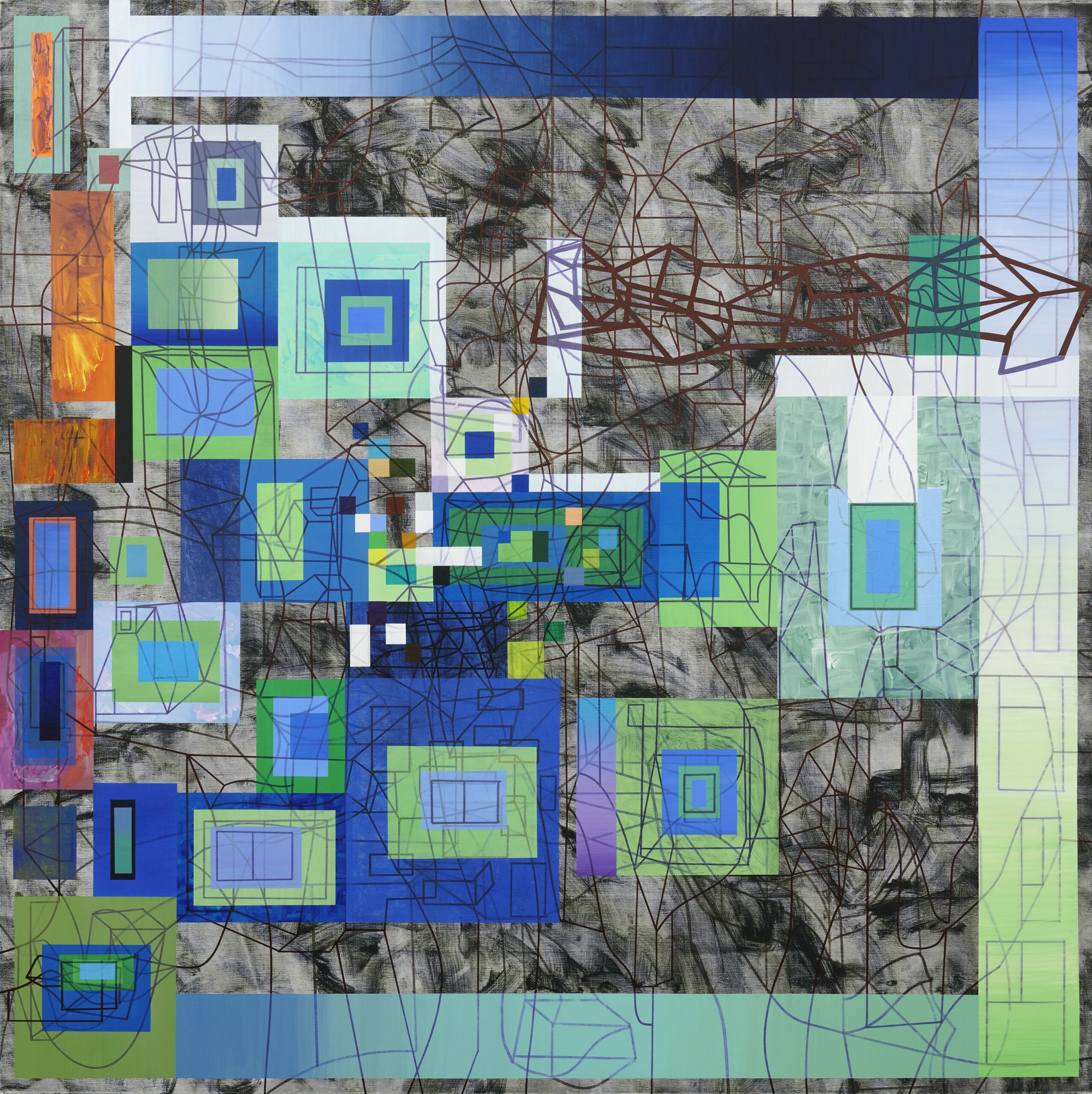 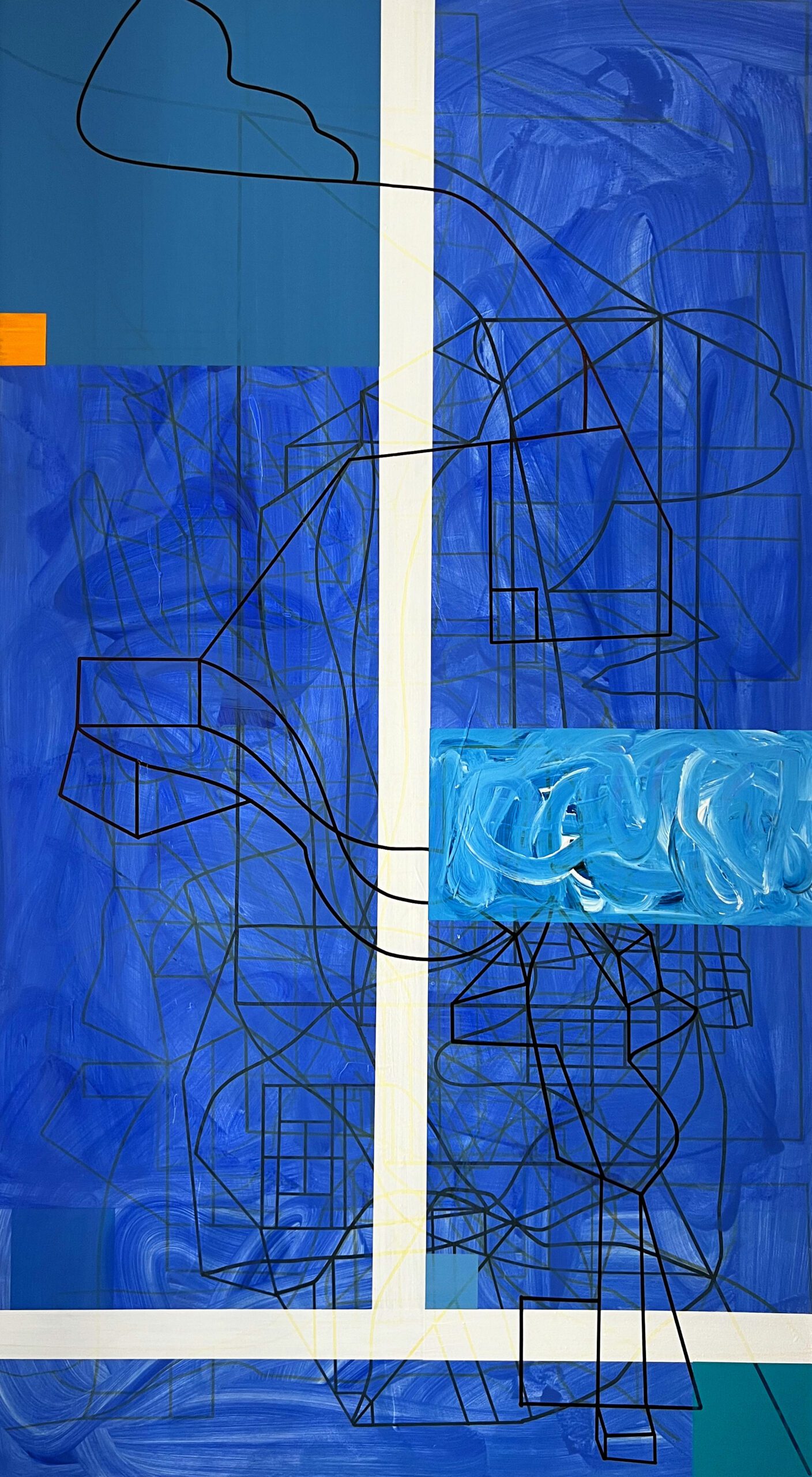 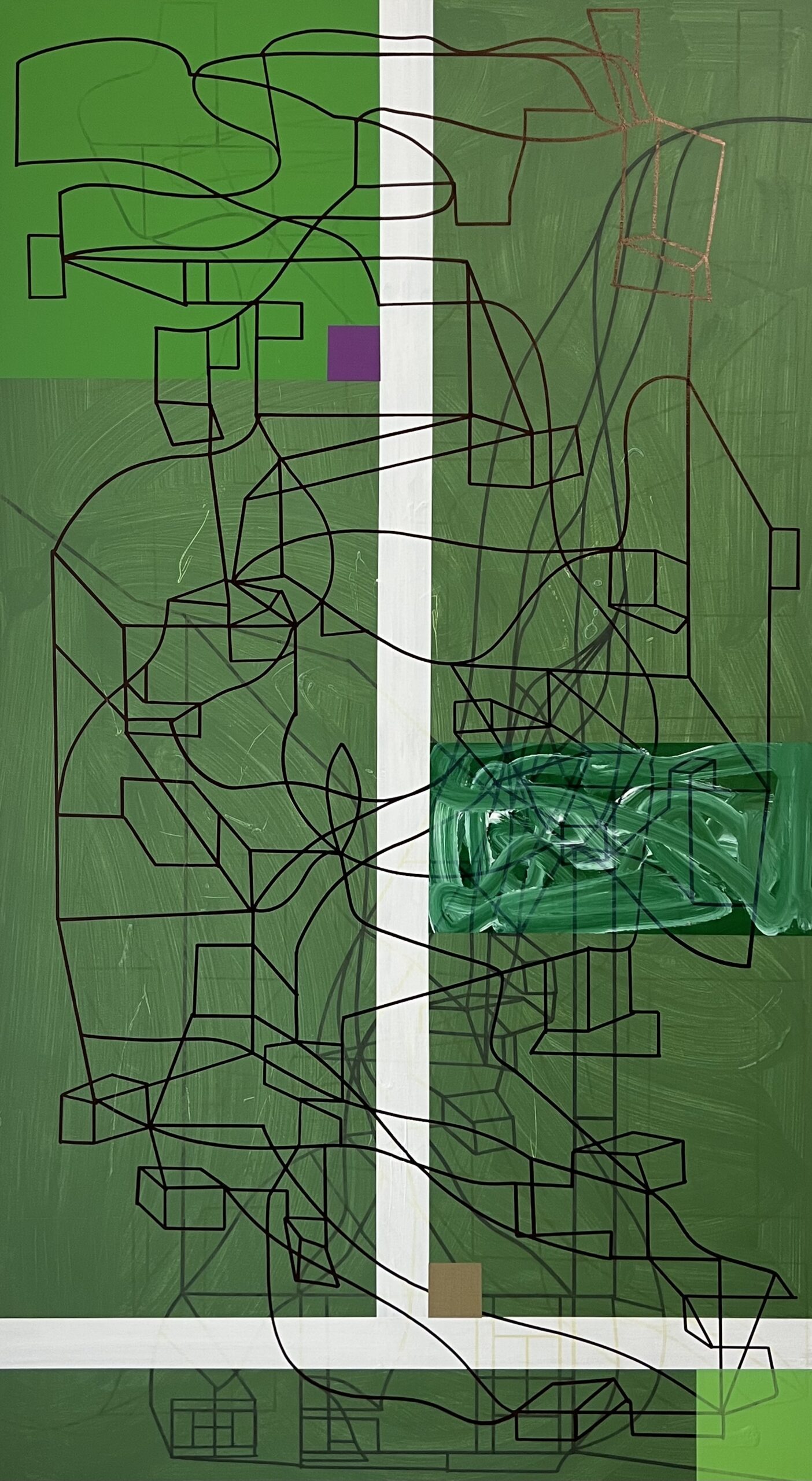 Born in 1970 in Paris, Ajina firsts studied at La Seine University of Architecture in Paris before dedicating himself entirely to the visual arts. Ajina’s works have been shown in numerous international solo exhibitions in Paris, Berlin and New York. Since 2006, he has created over sixty monumental wall drawings in both public and private spaces.

Strongly inspired by his urban environment, Ajina has developed a vocabulary over the course of his career based on abstract lines, networks and rhythmical systems executed with a black marker. The resulting drawings are at the core of his artistic practice and serve as a structural grid for the construction of his works either on canvas, cardboards or directly on the walls. The variation of three different types of surfaces allows Ajina to experiment with light, space and material. His personal memories are crossed over with his physical experience of space as the artist builds pulsating organic landscapes.

Site-specific by its nature, Laurent Ajina’s practice unfolds in the form of large murals of rhizomatic lines created in public or private spaces. The artist works both in nature and the city, using installations of drawings on cardboards that artificially complete the landscape. Borrowing equally from cave painting, digital tracing and cartography, his line, drawn with marker or charcoal, is oriented to the medium and the space in which it exists. Restrained or monumental, Laurent Ajina’s drawings are contemporary witnesses, cryptic in their way, of the artist’s presence and his relationship to the world. He lives and works between Vienna, Paris and Los Angeles.